I learned a lot at the kite mapping workshop I led yesterday for Toxics Action Center in Montpeli... I learned a lot at the kite mapping workshop I led yesterday for Toxics Action Center in Montpelier, VT. I flew a soda bottle rig for the first time ever and captured 187 vertical photos during a 30 minute flight of a Levitation Delta. I botched the exposure because it was beautiful and bright and I thought ISO 80 and 1/800 second would be okay. But the grass is still really dull and brown and I had to brighten each photo by two f-stops so they are a little noisy. I gave 30 photos to Microsoft ICE and it stitched 29 of them into the scene below. Carl has been working on a version of this in MapKnitter. Lee took lots of photos on the ground with his DSLR, so there will be more to share soon. 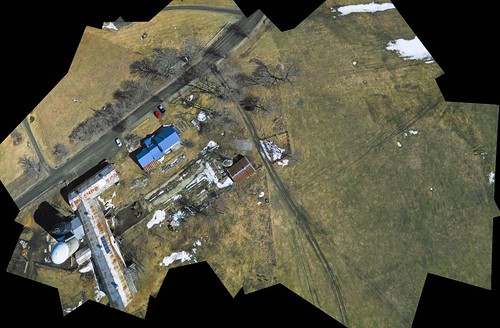 Thanks to Kalyn Rosenberg for organizing a really fun and productive day.

377 notes
created by cfastie over 8 years ago

134 notes
created by cfastie over 8 years ago