We are 9th-grade students at Brother Martin High School in New Orleans, Louisiana. We have been looking into a problem that has occurred over my entire lifetime which is pollution in the Mississippi River. People over the years have tried to take on pollution problems in the River, but have been somewhat unsuccessful. We are going to find ways to remove the plastic without hurting the environment ourselves.

Wildlife that inhabits the area around the Mississippi River has been greatly affected by the amounts of plastic in the River. Fish and other sea-dwelling animals have been dying and being pushed along the river because plastic kills them. If we can help remove plastic/trash from the Mississippi River, then we can know that we helped save these creatures.

Some obstacles may include, the many ships and animals that lurk in the Mississippi River. This can be a huge problem because the Mississippi River is a very dangerous place to be, even on the shore. The River is home to many dangerous wildlife and plants. Some of this wildlife includes alligators, black widows, rattlesnakes, wild boar, the list could go on forever! Some dangerous plants include poison ivy, poison oak, and cicuta maculata, which can kill a full-grown man if you eat a pea-sized bite!

There are other groups working on the pollution in Louisiana such as the U.S. Environmental Protection Agency, Environment America, and Policy center, and especially the poorer neighborhoods because they suffer the most out of anyone. The reason poorer communities suffer more is that people come to Louisiana for affordable housing but sadly the areas that are cheap are infested with so much plastic it's considered the worst in the nation.

We chose Caernarvon, LA as our location to collect trash. We would never have thought there would be that much plastic in one small part of the Mississippi River. All trash seen was collected within just under a quarter-mile stretch near the river. We ended up with 27.5 pounds of plastic and 7 pounds of other trash including slippers, beer cans, and shoes. Most of the trash and plastic were collected with two lacrosse sticks, clamping them together to pick up the items. 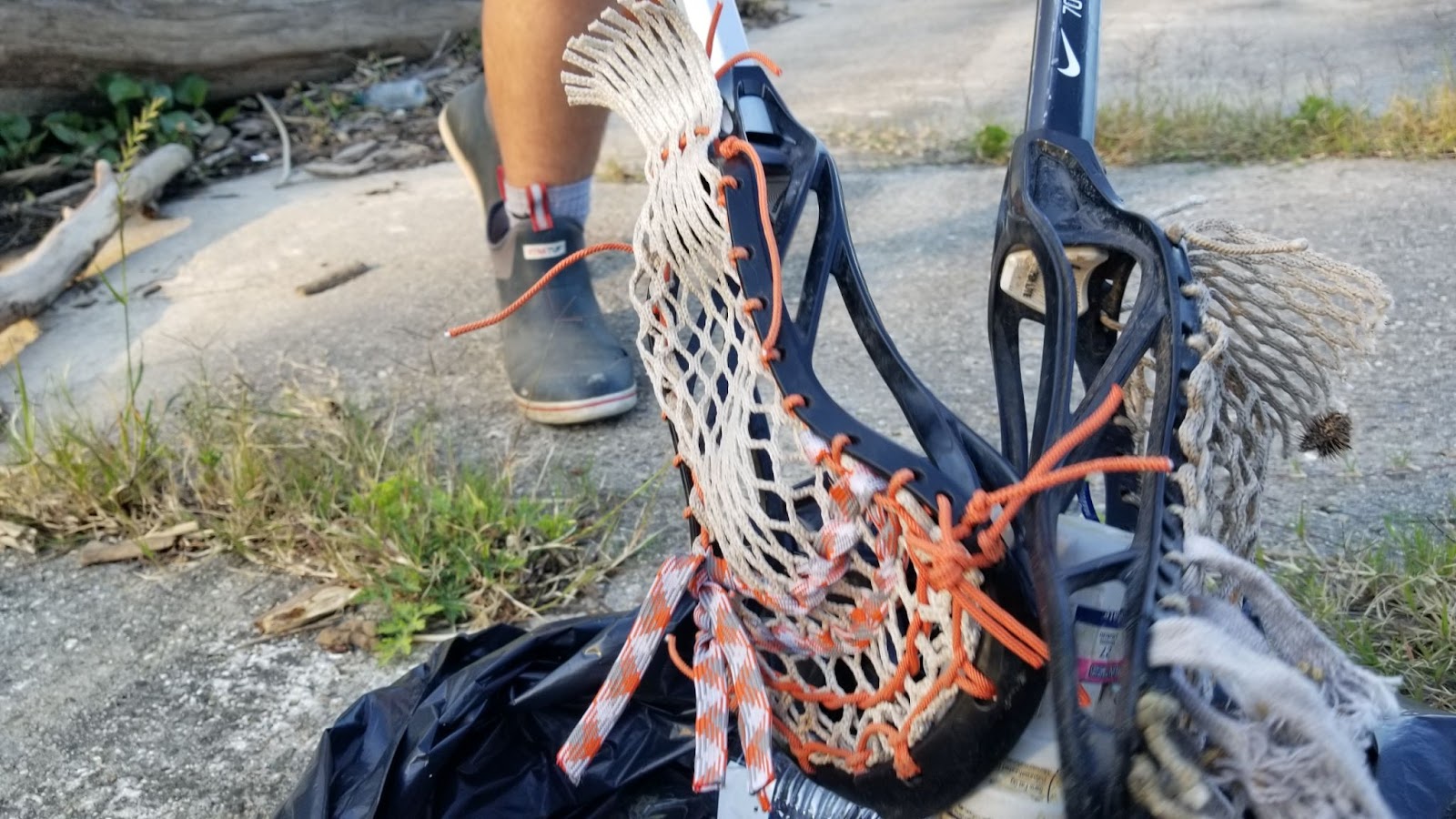 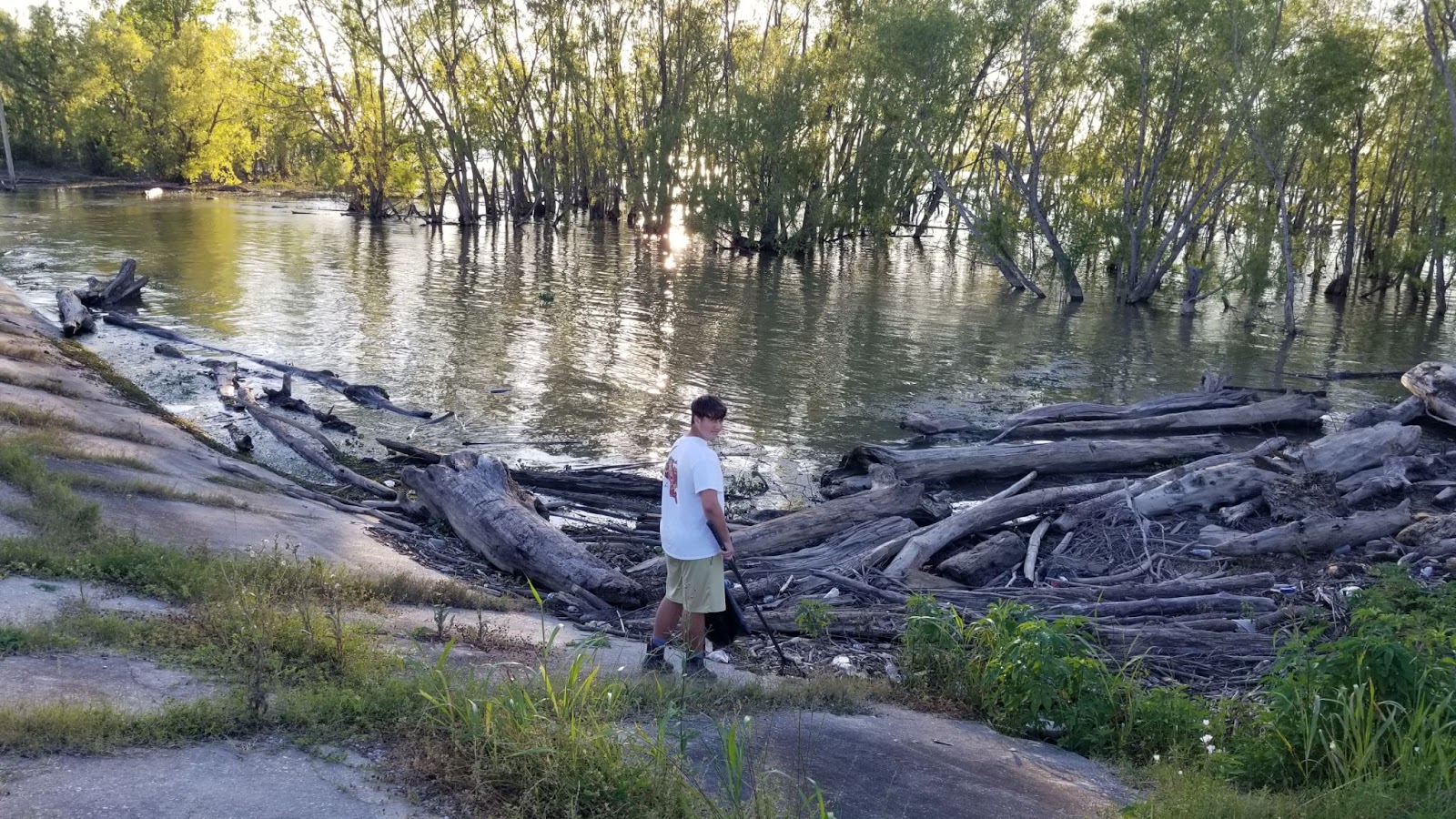 This method was very effective and we had every piece of trash and plastic collected in around 3 hours. The ending results were mind-blowing. If a group of people or friends go out to a part of the Mississippi River, all of the plastic in a mile radius can be picked up while having fun with some music and drinks. 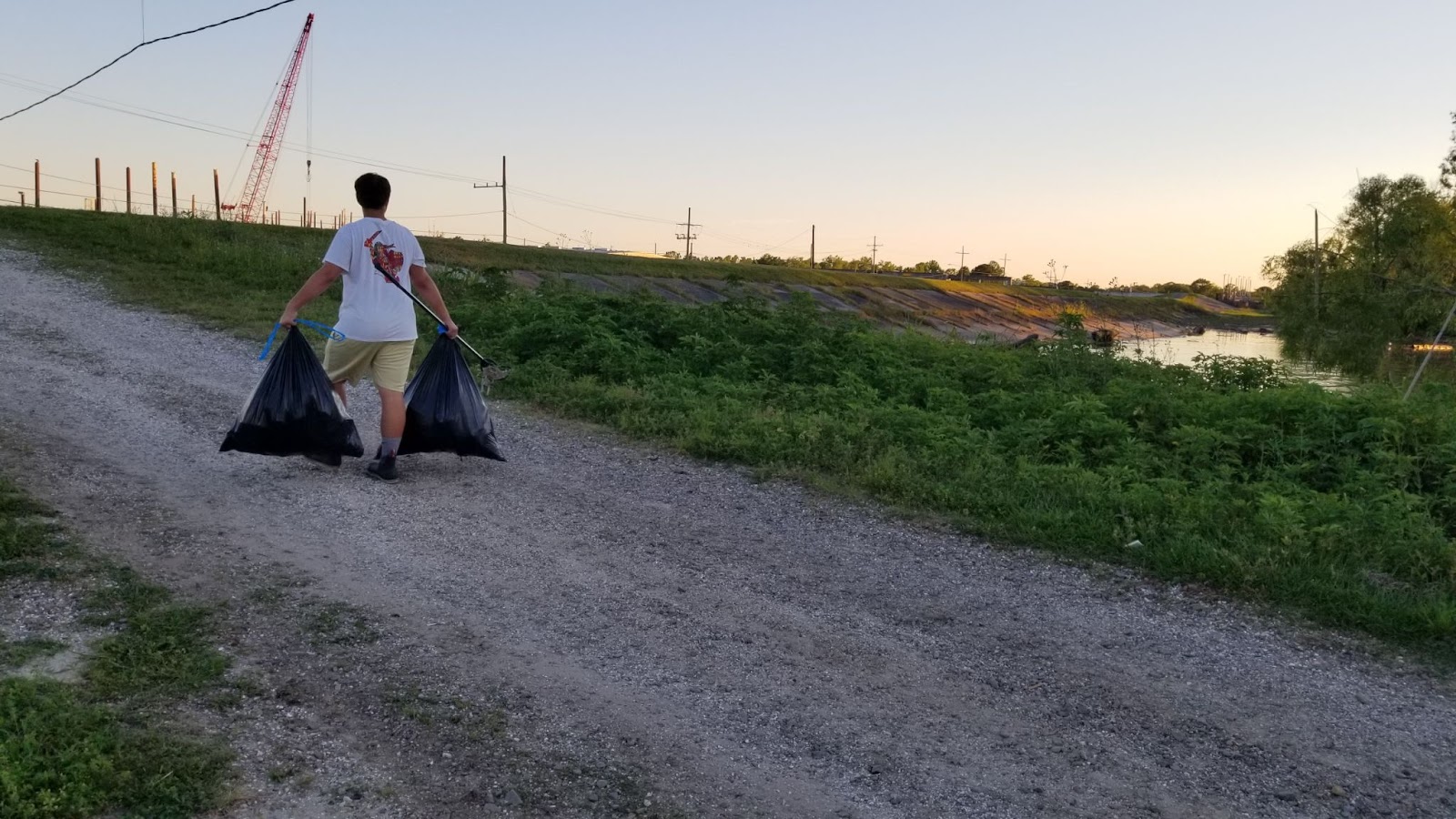 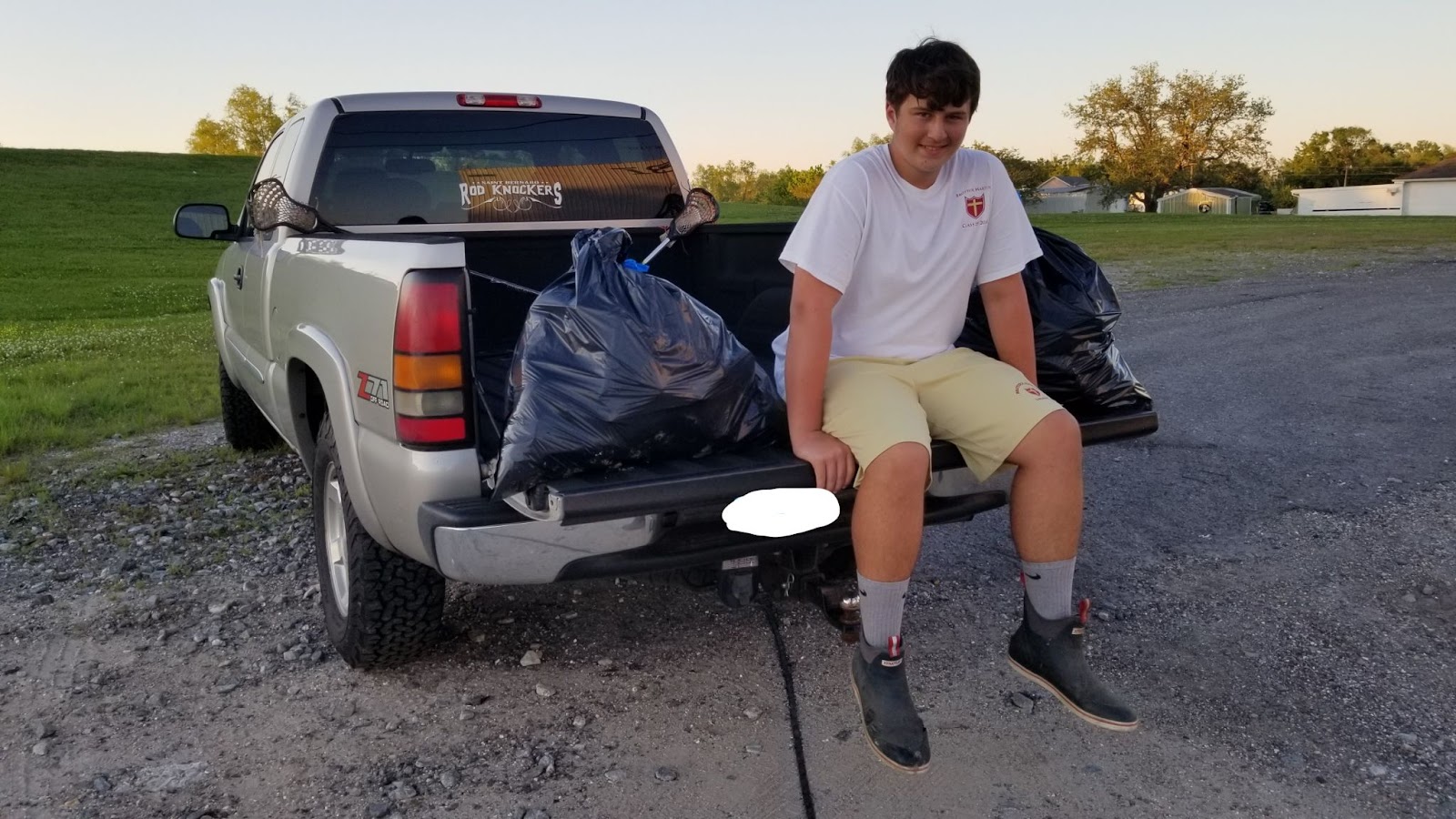 We used the following equation to estimate the amount of trash along the MS River through New Orleans.

X = estimation of trash (in pounds) along one side of the MS through a 38.51-mile stretch. We multiplied by 2 to estimate the amount of trash along both sides of the river. 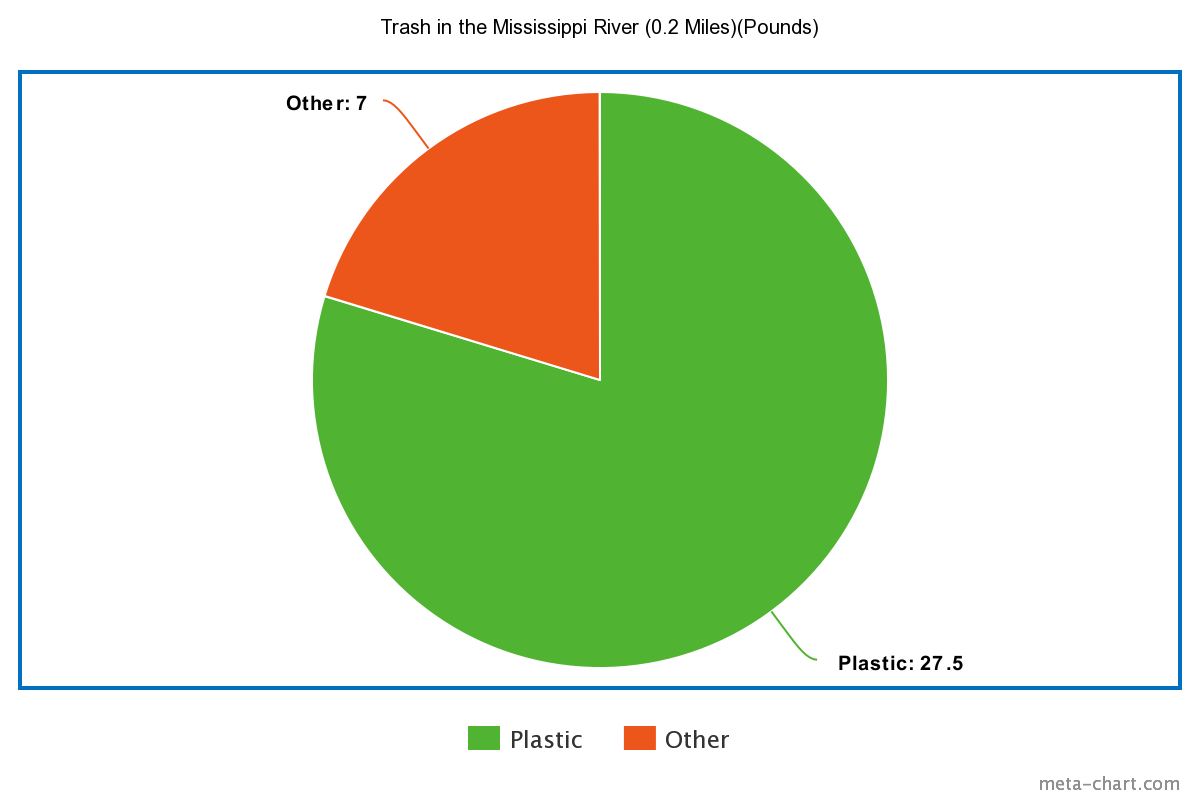 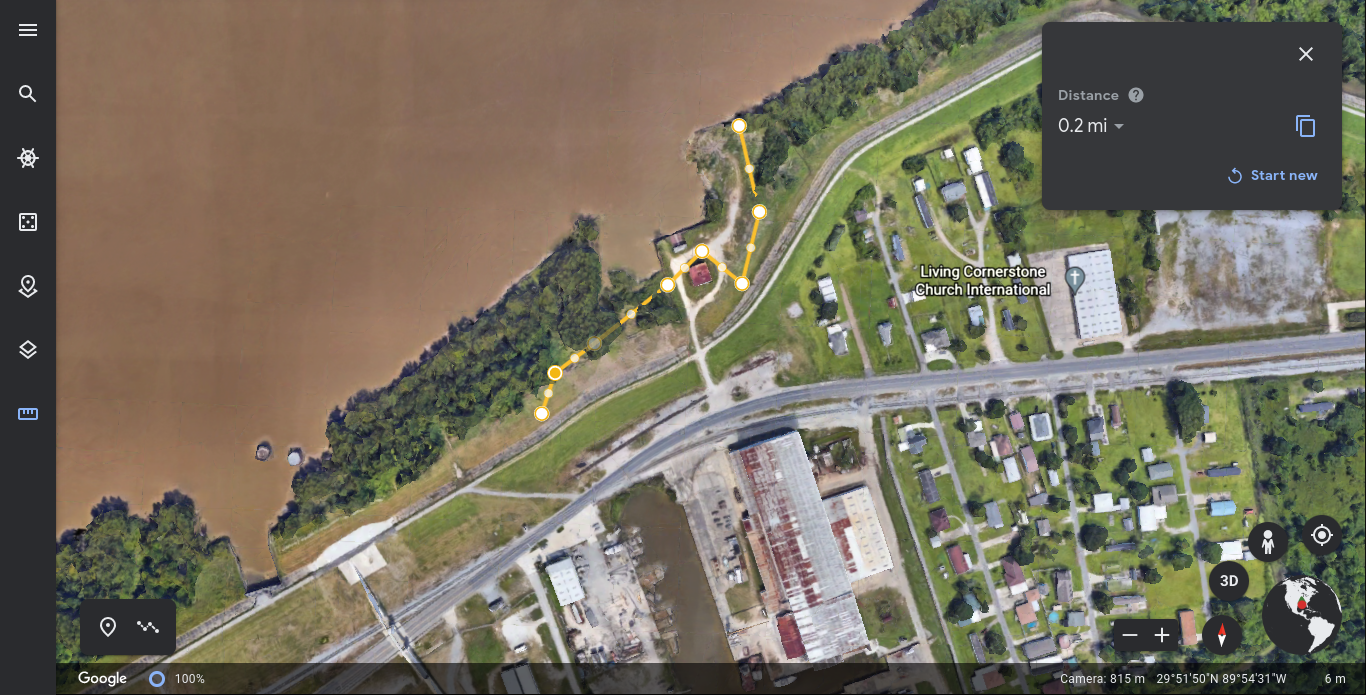 (Rough) Distance of the Mississippi River through New Orleans: 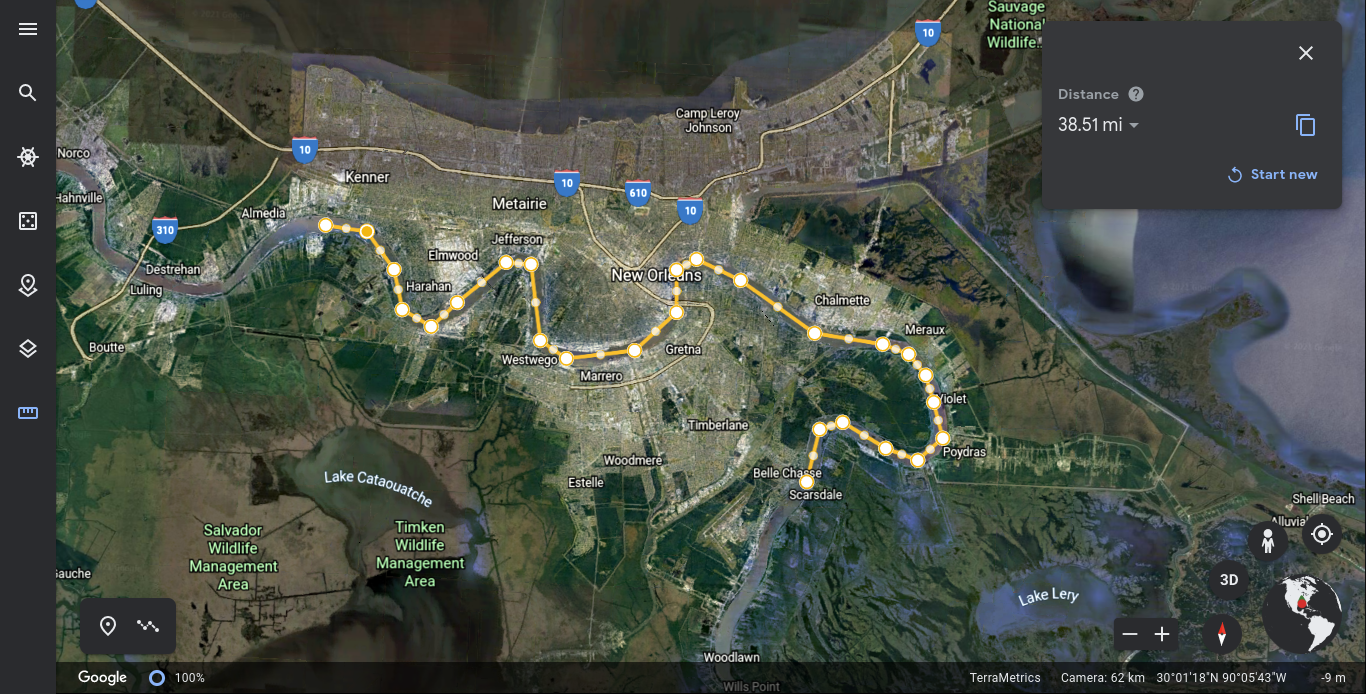 Dr. Benfield has done a lot of great research on the plastics load in the MS River. Here's a podcast (and transcript) in which he talks about the issue: https://www.lsu.edu/academicaffairs/cxc/news/2018/lsuexperimental_5.php

Thank you! We read the transcript and gained new material we didn't know about before. This was very helpful and we will be using this information in further experiments.

It was a very interesting article! Thank you for submitting it.

The microscope FTIR he mentions ran our lab $100k in the early 90s. That was for instrument, libraries, etc. It also took liquid nitrogen. While prices have probably dropped, they may not have dropped that much. Another option for identifying plastic nurdles is ATR (attenuated total reflectance). A much less expensive instrument can be used. Black color plastic is still a problem- it absorbs heat and light. SaraC commented over 1 year ago

OMG what a disaster, good initiative

eustatic commented about 1 year ago