We've been reading about ASTM D7520, or the Standard Test Method for Determining the Opacity of a...

Question: Can we use a timelapse or video camera to monitor particulate air plumes?

gretchengehrke is asking a question about timelapse
Follow this topic

We've been reading about ASTM D7520, or the Standard Test Method for Determining the Opacity of a Plume in the Outdoor Ambient Atmosphere, which is also known as EPA's alternative Method 82. Method 82 is an alternative to Method 9, which is where people can get certified at "Smoke School" ( #smoke-school ) to use their own eyes in a carefully designed methodology to observe and report plumes.

Though it’s called “Smoke School” by the companies which offer the training (it’s often not done by the EPA itself), it's really to identify anything forming a plume -- except for water vapor. So, that could be combustion products (smoke), and also other visible gaseous emissions, or fugitive emissions like windblown dust. Observers can usually report these observations to the state Department of Environmental Quality (DEQ) or whomever administers air quality regulations (for California, it's called the Air Quality Management District, or AQMD)

The PDF description of the method (as you can see in the link above) is not available for free ($64), but it does outline a way to do with a digital camera what Smoke School has you do direct observation -- monitor plumes.

It also specifies software to analyze those photos to deduce emissions opacity levels. There are a lot of specifics detailed in the method about how far from the emissions plume the camera needs to be, in what orientation relative to the plume and relative to the sun, etc.

We're wondering if anyone has heard of using an unsupervised camera -- in a tripod running in timelapse mode, for example, or just recording high-resolution video, or perhaps even triggering recording on motion -- to conduct this method or something similar, and if it was deemed appropriate or admissible by authorities. It could be one of the cameras certified in Method 82/ASTM D7520 -- or just a timelapse camera as was recently tested for stream monitoring at a Public Lab event.

We’re asking because we think this could make monitoring much more continuous and make it more likely that people would catch emission events on camera.

The weather for that day was recorded At the grand isle airport for Nov 4th 2013, recording winds 14mph ene kaxo nov 4 2013

Note that the dust is thick enough to trigger the running lights of the oncoming truck. I think the poles are about 70 m apart from one another, although it varies. Let's say that the dust storm is 200m away and could be 500m thick --the length of source facility. 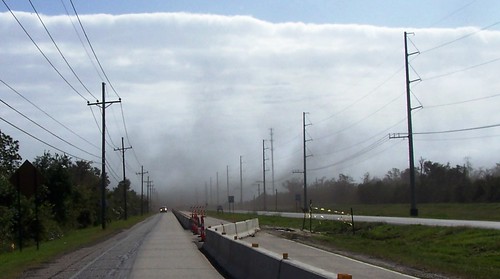 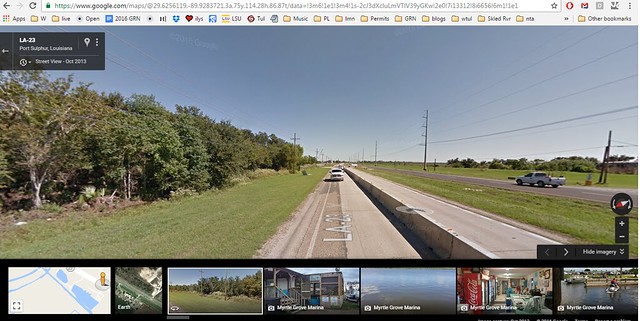 Some reference on light sensors in cars.

You could experiment, i suppose, by blowing smoke in front of your instrument panel

It turns out that Alternative Method 82 is pretty strict in its procedure, so timelapse and video cameras wouldn't be able to explicitly do that method, but I think they could probably prompt an inspection. Anyway, I recently learned a lot more about EPA Method 9, and some more about Alternative Method 82, and wrote a blog post about it: https://publiclab.org/notes/gretchengehrke/10-28-2016/colorado-regulations-hotsheet

56 notes
created by gretchengehrke over 6 years ago

38 notes
created by gretchengehrke over 6 years ago

62 notes
created by warren over 6 years ago